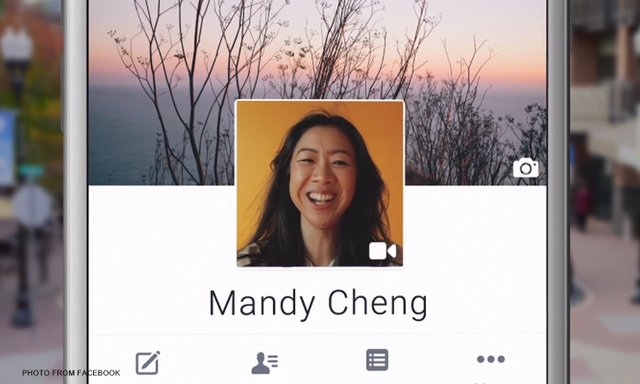 Facebook has just recently announced a few changes to Facebook user’s profiles on mobiles including an optional setting to switch the static photo image into a 7-second looping video. Social media giant also announced that everyone on Facebook will soon be able to “set a temporary version of your profile picture that reverts back to your previous profile picture at a specified time.et their profile picture for a period of time.”

According to a recent Facebook news release, “people visit Facebook profiles more than four billion times per day, and we’re continually looking for ways to make profiles the best place for people to curate their online identities and connect with others.” Furthermore, all users will be able to not only see and control how their Facebook profile looks to others, but also highlight all the information they want to showcase to anyone who visits their page.

“You’ve always been able to control who can see the information you showcase on your profile, and now we’re making it easier for you to see what others can view by introducing a new customizable space at the top of your profile. You can curate this space— and convey what you want people to know about you— by changing the visibility of the fields that show up here,” Facebook announced. “You can also fill out the new, one-line ‘Bio’ field: select certain public About fields like work and education details to appear there; and even visually highlight what’s important to you by choosing up to five Featured Photos to be showcased at the top of your profile. While this space is visible to anyone who visits your profile, you have full control of what information appears here,” added Facebook.

There will also be some changes on mobile design, such as moving the profile picture/ video to the center of the user’s profile. “People love seeing photos and mutual friends when viewing the profiles of friends or someone they’ve just met, so those are easier to see now on profile. Photos and friends are right at the top, making getting to know someone and seeing the world through your friends’ eyes as easy as scrolling,” the announcement continued.

The new changes are not available for everyone to try just yet, but very soon all Facebook users will be able to update their profile by filming a short video clip that will play whenever someone visits their profiles. Currently, the new features are being tested in the UK by only a few selected users.