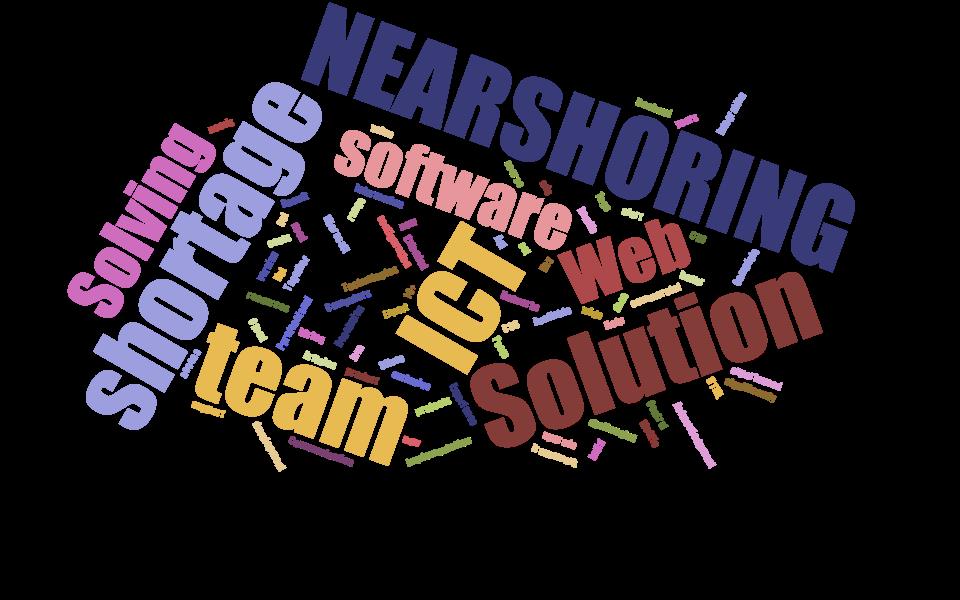 As technology keeps developing with galloping steps, the number of job vacancies in the ICT sector keeps growing.  According to Gartner, “in 2012, the IT Outsourcing sector grew approximately by 2.1%. The projected compound annual growth rate from 2012 through 2016 is valued at 5.9%.” Many Western European markets are facing a shortage of resources and ICT companies seem to not find enough software developers that best fit the company’s profile and requirements.

According to a report made by ComputerWeekly.com, “even though employment in IT sectors of western EU rose from 2.25 million in 1995, to almost 5 million today, it's still growing and creating demand that can't be met by local workforce supply. By 2015 top six job markets of EU alone will need 250 000 extra employees with IT skills. This does not account for the needs of all the smaller markets or companies from US and other regions of the world.”

Lack of IT professionals and software developers for many ICT companies in Western Europe causes many companies to miss deadlines. That leads many companies to losing clients and become less trustworthy in the eyes of new clients.  Not having enough software developers, will also make the few software developers a company has work under pressure and a lot of stress because they will have to complete a task that requires more resources. Working under stress and being exhausted both physically and mentally not only creates an unhealthy atmosphere within the company but it also makes the collaboration between employees and different teams fail in general.

Moreover, shortage of resources will not allow the company grow and expand on new markets, and that will eventually lead to more serious problems such as financial problems, debt, and uncertainty to name a few.

Is there a solution for this problem? How can Western European Markets fulfill their resources’ demand?

When Western European companies are faced with a problem like this - not having enough resources or not finding high skillful software developers within the country – nearshoring in Central and Eastern Europe is the best solution.

A lot of Eastern European countries posses a considerable number of high-skilled software developers.  “Eastern Europe consistently ranks at the top of the world in educational achievement in math, science and technology.” - Alan Harlan, CEO of SoftServe.

According  to The Economist and World Bank,  Bulgaria ranks 5th in the world in terms of secondary education in the sciences, has over 6000 university students in computer sciences and ranks 3rd worldwide in the number of certified IT professionals.  “Bulgaria stands for a critical mass of highly-qualified, well-educated professionals who bring together proven practical understanding of business with high-level theoretical skills to deliver efficient, cost-effective international solutions.” - A.T. Kearney

Bulgarian government has invested a lot in the ICT sector and has started to invest even more on ICT education. According to InvestBulgaria Agency report, “currently there are 220 schools in different regions in Bulgaria that offer specialized preparation in ICT. Approximately 15 000 students receive a solid background in ICT right after graduating from school.”

Moreover, the number of young and skilled software developers in Bulgaria is increasing year after year. The IT Industry Competitiveness Index 2011, by The Business Software Alliance and The Economist Intelligence Unit placed Bulgaria ‘among the only four CEE countries to be placed and even show improvement in its position.’

According to a Tholons report for year 2013, “Central and Eastern Europe contains 14 cities out of 100 best worldwide locations for outsourcing. One of those is in the very top 10, beating such household names as Shanghai, Beijing, Kalkota or Bangkok. Most of the 14 cities lay in close proximity, no more than 1000 km from each other. Together, they form a pulsating core of the Central and Eastern European IT outsourcing market.”

Short time-zone difference also enables companies to have all their tasks done faster since teams can coordinate and work at the same time.

Having employees from different cultural background is definitely a good thing as long as the culture differences don’t create huge misunderstandings between employees. Hiring software developers from a bordering country or located within a short reach, Western European companies will face no cultural problems since the employees will have similar values and cultural backgrounds and the communication between them will be better.

Outsourcing in Eastern Europe allows coworkers to understand each other even better since there are a lot of language similarities between Western and Eastern European countries. Furthermore, a lot of schools in Eastern Europe offer several foreign languages’ courses. According to InvestBulgaria Agency, English language, in addition to ICT training, is offered in 82% of schools in Bulgaria. German and French courses are also widely spread.