Is open source a career-maker? 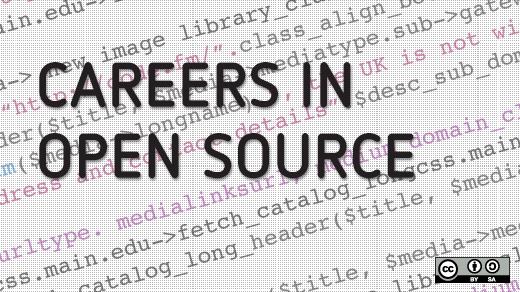 Many companies have started to realize the great advantages of open source and are already delivering open-source tools for their users as well as offering jobs to open-source experts providing open-source developers with more chances to get a job compared to the ones who lack open-source skills.

Nowadays, according to president and senior practice leader at The Kineta Group David Patterson, jobs vacancies in closed-source driven companies are the ones that pay the most and offer the best opportunities. But that is very likely to change in the near future. “While we see more and better-paying opportunities in non-open source today, the future is clearly open source," Patterson says.

Mondo senior technical recruiter Bill Taylor said for ComputerWorld that Mondo is already in a need for open-source expertise and is looking for open-source developers. “If a company has a certain need for open source, they will bring an open-source expert in to lead a team,” he said while adding that in general, developers with Java, Python, Linux, etc. skills are always looking for “low-to mid-level jobs” which in turn leaves many senior-level job positions vacant due to the low number of people applying for them.  In order for this situation to change, Taylor suggests that companies must put emphasis on open-source skills and appoint job seekers with such skill to high-level jobs.

For a today’s developer, focusing on open-source skills can give them many points and make their career more competitive, but according to Stephen Jacobs, a Rochester Institute of Technology professor, it is still too soon to focus entirely on open source, as a lot of companies still do not use it. “Five, 10 years ago, you&#39d be painting yourself into a corner by focusing solely on open source. And while it's still too early to say open source has won, there are fewer and fewer organizations that don't want anything to do with open source,” Jacobs says.

Nevertheless, there are many factors that prove to us that open-source projects are soon going to be found in any company, as soon as companies start to incorporate open-source practices. “People prefer to do open source because it gives them the freedom to create. You're not limited by a product; you're only limited by your own capabilities. So is open source a career-maker? My emphatic answer is yes!” chairman of OpenStack Foundation board Alan Clark said for ComputerWorld.