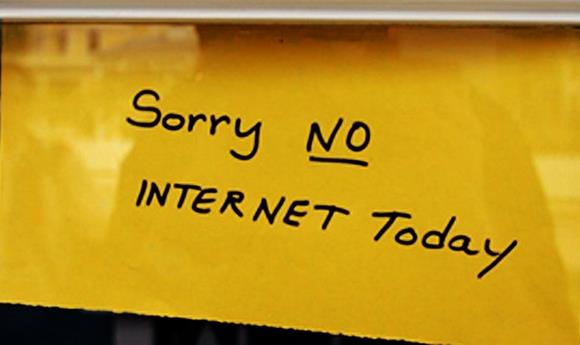 If you’ve noticed in the past days that sites like Slack, Amazon, Medium, WhatsApp, and Reddit were unavailable - the reason for it is because CloudFlare suffered outage all over the Europe due to some problems caused by Telecommunications Company Telia Carrier. Stockholm-based company, Telia Carrier was founded in 2003 and serves in Europe, Asia, and the Americas. By the end of 2014 it was the second largest carrier in the world.

“CloudFlare is observing network performance issues in some European locations. We are actively working to reduce or eliminate any impact to Internet users in this region,” according to a press release by CloudFlare.

As many sites rely on CloudFlare, almost half of the internet was down which “inspired” many Twitter users to complain and express their disappointment on numerous tweets regarding the issue.  Amazon Web Services (AWS) claimed that the internet problems mostly caused issues in the West part of Europe.

“We are investigating an issue with an external provider outside of our network, which may be impacting Internet connectivity between some customer networks and the EU-WEST-1 Region. Connectivity to instances and services within the Region is not impacted by the event,” according to AWS.

It was very interesting to see how one problem with a single Telecommunications company carrier can cause so many problems to a lot of users and websites that rely on a particular network provider. Nevertheless, the issue was solved and all affected customers were updated on the situation hour by hour. Here’s what Amazon posted after the issue was resolved:

“Between 5:10 AM and 6:01 AM PDT an external provider outside of our network experienced an issue which impacted Internet connectivity between some customer networks and the EU-WEST-1 Region. Connectivity to instances and services within the Region was not impacted by the event. The issue is resolved and the service is working normally.”

While CloudFlare announced that the issue was identified adding that “a fix has been implemented and we are monitoring the results.”

According to Computer Business Review, CloudFlare “said that there was a sharp increase in 522s errors to over 800,000 when the outage occurred, indicating that its servers failed to access the origin servers of our customers. The San Francisco-headquartered firm was able to shift traffic away from Telia to other Tier 1 providers after identifying the problem. It has partnered with many Tier 1 providers in Europe.”

After the incident, CloudFlare announced that it is already planning to prevent this issue from happening again, and also to improve its communication so that the customers get a faster response compared to a human operator.