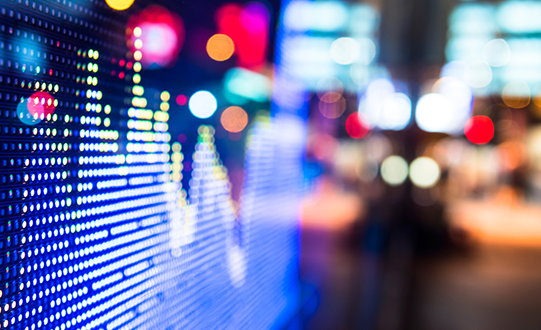 Even though digitization is very important for any type of company big or small, lack of time, knowledge, and full understanding of its importance are in a way “stopping” the majority of companies from taking the next steps to turn it into reality.

“Companies have understood that they have to take digitization seriously. The key goal for nine out of ten of them is to secure their businesses for the future, as described by the non-representative Transformationswerk Report 2016,” according to an article published by World’s leading event for digitization CeBIT which this year held its event in Hannover from March 14 – 18.

As the new edition of  CeBIT this year was focused on key people that are behind every digital transformation that comes to life and eventually changes the way we live for the better it is understandable why CeBIT continues to stress out the importance of digitization for companies and ‘push’ them to go further and make it a priority.

“CeBIT 2016 put digitalization at the top of the business, political and social agenda,” according to Oliver Frese, member of the managing board at Deutsche Messe AG. “CeBIT underscored its role as the world’s leading platform for the digitalization of the economy and society. In its own unique way, CeBIT made digitalization tangible,” Frese added.

As time goes by, more and more companies have started to understand the importance of digitization, how it can grow the company further, and leave behind any of its competitors that do not take digitization seriously. Nevertheless, this understanding barely reaches other priorities companies have.

“Only 49 percent of companies have developed a master plan for the digital transformation. Which means one out of every two has no digital strategy in place. What companies are lacking by their own report: knowledge and time. One out of every four admits that they simply don't have the knowledge they need for the digital transformation. And 71 percent of those surveyed cited a lack of time as a factor,” according to CeBIT.

Held in Hannover, Germany every year, CeBIT brings together various companies, global enterprises, organizations, SMEs, startups, and many participants from all over the world to share their ideas and get introduced to new ones. This year CeBIT featured over 500 digitization and IoT examples. CeBIT Global Conferences featured over 200 keynote speakers and panelists including Konica Minolta CEO and President Shoei Yamana, Enterprise Business Group of Huawei President Lida Yan, Ericsson CEO and President Hans Vestberg, Waze navigation startup founder Uri Levine, and many more.