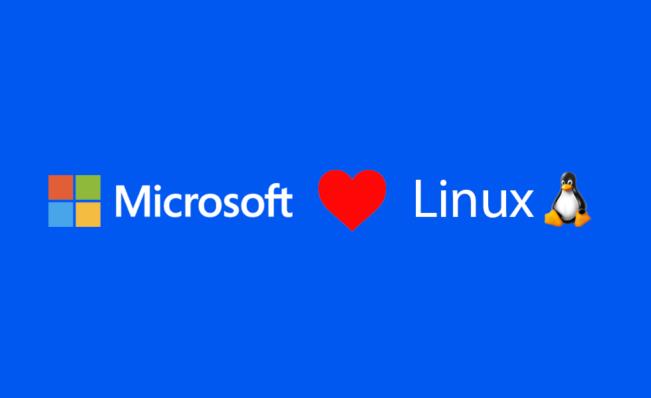 Microsoft recently announced at the Microsoft Connect conference in New York that it has joined the Linux Foundation as a Platinum Member further deepening its commitment to expand open source with 498 out of 500 supercomputers which run Linux. “Microsoft's love for Linux and the open source community grows after announcing a Linux Foundation Platinum-level membership. The industry this week has been looking back on the company's evolving attitude towards OSS, and forward to what this means for technology,” according to a Linux.com blog post.

Even though the Linux Foundation and Microsoft have not been the best allies in the past, according to Linux Foundation Executive Director Jim Zemlin  there is "too much software to be written for one organization or individual to write it by themselves.” In this way both Microsoft and the Linux Foundation will not only benefit to each other but help build a stronger and bigger open source community.

Microsoft’s move just proves how much the company is investing in the open source, which is going to help the open source community grow even further.  John Gossman, architect of the Microsoft Azure team, will also become a part of The Linux Foundation's board of directors.

"More and more, we're seeing not just pure open source companies, but companies that have either not embraced open source in the past or sort of done it here and there, really fully embracing open source, particularly the developer communities," according to GitHub CEO Chris Wanstrath. “Microsoft over the past two years has transformed the way it uses open source with the launch of .Net, showing data indicating that Microsoft was the No. 1 company with contributors on GitHub, at 16,419,” Wanstrath added.

Leading OS for cloud operations Ubuntu for example released on November 3, 2016 Ubuntu Core 16 which will deliver the right foundation for a more secure Internet of Things.

“The Internet of Things will see billions of devices in all aspects of our lives. Ubuntu Core 16 will help developers get their products to market quickly using snaps, bringing a new generation of Linux based IoT smart devices to the market,” according to Linaro CEO George Grey. You can find more info about Ubuntu Core 16 here.