Google is teaching 5-12 year-olds to code for free 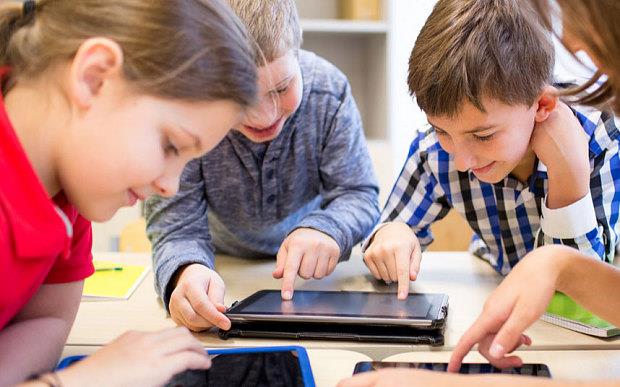 “Did you think coding is difficult? Let us show you how easy it is by changing the design of the letters in your name using Google Made with Code. It really is that easy and anyone can do it! One hour sessions aimed at children aged 5 to 12,” says the description of Google’s new event called Summer of Science.

This summer, Google has already planned a series of events and coding classes for 5 - 12 year-olds that will teach kids how to code, how to  create quizzes, how to make music, and how to enhance their digital skills that will create new opportunities for them in the future. According to Telegraph, ‘children aged between 5 and 12 with previous limited coding and other technological skills can sign up for six different classes exploring learning to code, using virtual reality headset Google Cardboard and being taught how to make music using gummy bear sweets.’

Raspberry Pi, Code Club, Teen Tech and Young Rewired State are among the partners Google has chosen to collaborate with in order to develop its Summer of Science program. Some of the events and classes that will teach kids how to code include: Brick Building Challenge, Playing with Code, Music Maker,Go Wild Expedition, The Art of Experimenting, and The Big Web Quiz. All free classes of coding, part of summer of science program that will provide kids with the opportunity to play with code, will be held from July 21 (10 a.m – 11 a.m.) to August 27 at Google shops in Currys PC World stores in Tottenham Court Road, Thurrock and Fulham.

It seems like Google is leading the ‘teaching kids how to code’ area. When Google's CS First initiative-first launched last July, it attracted over 1200 student pilot in the area of South Carolina. That number has been growing since then, reaching over 27,000 students interested in coding field. “Most growth outside the U.S. has been completely organic, as we haven't done big outreach into other countries," said Kate Berrio, program manager of Google's CS First program for edSurge. "It's clearly meeting a need that was there," Berrio added.

Well known scientist Mitch Resnick explained in his TED talk Let's teach kids to code that coding is beneficial to everyone. “When kids learn to code, it enables them to learn many other things, opens up many new opportunities for learning. It's useful to make an analogy to reading and writing, when you learn to read and write it opens up opportunities for you to learn so many other things, when you learn to read you can then read to learn, which is the same thing with coding, if you learn to code you can code to learn,” he said.