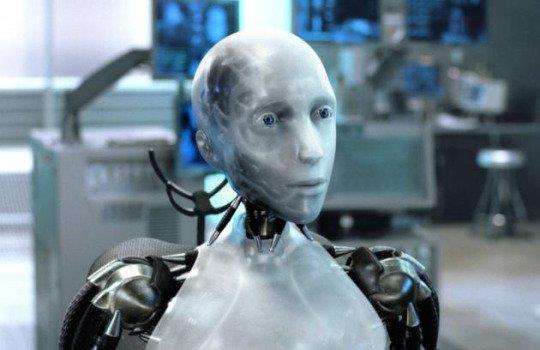 In a simple experiment with three robots build by Rensselaer Polytechnic Institute in New York scientists, a robot has passed the self-awareness test. Three robots were put to play the so called the ‘three wise men’ puzzle which served as a self-awareness test that goes like:  'The King called the three wisest men in the country to his court to decide who would become his new advisor. He placed a hat on each of their heads, such that each wise man could see all of the other hats, but none of them could see their own. Each hat was either white or blue. The king gave his word to the wise men that at least one of them was wearing a blue hat - in other words, there could be one, two, or three blue hats, but not zero. The king also announced that the contest would be fair to all three men. The wise men were also forbidden to speak to each other. The king declared that whichever man stood up first and announced the color of his own hat would become his new advisor.”

In this simple test developed by Selmer Bringsjord, the chair of the Department of Cognitive Science at the Rensselaer Polytechnic Institute, two of the robots were programmed in a way that they would not be able to talk, while only one of them could. When the three of them were asked ‘who had the power of speech,’ the robot that was able to speak not only understood the question he was asked, but was able to demonstrate deduction powers, hear its own voice and realize that he was the only one that was able to speak. By using all the information he could get, the robot after saying ‘Sorry, I know now,’ was able to give the right answer.

“The significance of the experiment is that it shows that robots can be developed to have some human qualities such as self awareness and deduction,” according to Telegraph. Furthermore, “researchers told Digital Trends that if nothing else, the robot's behavior is a ‘mathematically verifiable awareness of the self,” according to Business Insider.

This simple but very significant experiment showed that robots are capable of doing things we never thought possible till now. The robot that passed self-awareness test, made us realize that robots are already able to notice their own limitations, which can be translated as a very powerful tool in the future for all humankind.

Bringsjord will present more of his work at the RO-MAN conference in Japan, which will be held from 31st of August to 4th of September 2015.