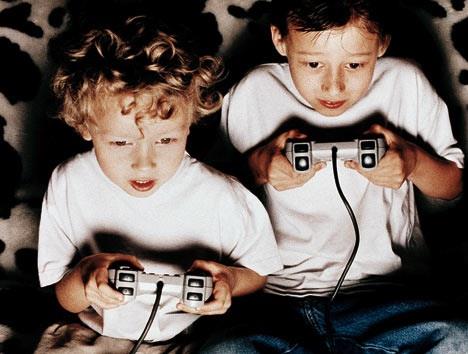 According to a recent report by the American Psychological Association (APA), violent video games can negatively affect the behavior of video game players by making them more aggressive. “The research demonstrates a consistent relation between violent video game use and increases in aggressive behavior, aggressive cognitions and aggressive affect, and decreases in pro-social behavior, empathy and sensitivity to aggression,” APA’s report said. As BBC reported, an open letter signed by around 230 academics criticizes the ‘controversial new research’ that suggests that violent video games lead to ‘aggressive’ and ‘violent’ behavior saying that the study by the American Psychological Association  has several flaws and a  big part of it ‘had not been subjected to peer review.’

“I fully acknowledge that exposure to repeated violence may have short-term effects - you would be a fool to deny that - but the long-term consequences of crime and actual violent behavior, there is just no evidence linking violent video games with that,” associate professor of psychology at Middlesex University Dr Mark Coulson told BBC.

Another interesting study by the Oxford Internet Institute concluded in 2014 that sometimes it doesn’t really matter if the video games themselves contain violent material or not because what really increases the players’ agressivity is the ‘frustration at being unable to play a game.’ “We focused on the motives of people who play electronic games and found players have a psychological need to come out on top when playing,” Dr Andrew Przybylski said. “If players feel thwarted by the controls or the design of the game, they can wind up feeling aggressive.” [...] “This need to master the game was far more significant than whether the game contained violent material,” Przybylski added.

The APA research which has been combining different results and various data since 2005 in order to find  similar patterns that may indicate at what extent violent video games affect aggressive behavior, concluded that there is not enough information that can show clear signs that video games increase criminal behavior. Furthermore, even though APA research is confident that a link between violent video games and aggressive behavior exist, the study suggests that more studies need to take place in order to have a final conclusion.

“While there is some variation among the individual studies, a strong and consistent general pattern has emerged from many years of research that provides confidence in our general conclusions,” task force chairman Mark Appelbaum said.

Whether or not violent video games increase aggressive behavior has and will continue to be a controversial topic. However, APA for now advised all parents to be more careful when buying video games for their kids and carefully look the game ratings in order to avoid video games full of violent content. Moreover the research suggested that video game developers must also pay attention to different kinds of video games they design for different age groups.