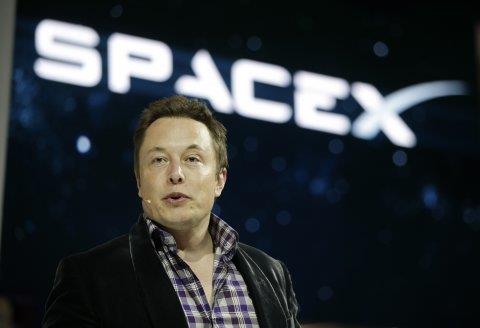 Elon Musk has announced that he intends to launch with his rocket company SpaceX 4,000 internet-providing satellites into orbit by 2030. He first discussed his idea at a SpaceX event on January, suggesting that by using 4,000 satellites that will be designed by his company’s engineers, SpaceX would be able to bring cheap and high-speed internet access to every inch of the Earth. A few months ago, according to Washington Post, SpaceX asked permission from the Federal Communications Commission (FCC) to start testing the idea of providing high-speed internet from space by using satellites. At the moment, US, Europe, and some parts of India and Asia have reliable internet access, while the rest of the world relies only on limited internet service, and some regions do not have internet access at all according to Tech Insider.

“Right now there's about 550,000 miles of fiber optic cables under our oceans that help connect us to the web. They account for 99% of international communication (satellites only account for 1%). Even though laying one cable takes months and hundreds of millions of dollars, it's still cheaper than satellite internet. But that could change if satellite technology gets a big push forward from SpaceX,” according to Tech Insider.

Even though the idea is to bring cheap internet connectivity to everyone everywhere in the world, the project itself is expected to cost around $10 billion. Since rockets are very expensive and not reusable, SpaceX has been trying to bring the costs down by building reusable rockets that instead of getting destroyed will self-land on a barge that will safely pilot the first-of-their-kind rockets back to shore to be used again.

According to Tech Insider, SpaceX vice president Rajeev Badyal “told Urban you could trick out the satellites with cameras and scientific instruments, helping meteorologists create a live global weather map, for example, or law enforcement officials track down criminals. You could also build a similar satellite network around Mars to get the first Martian colonists online.”

In case Musk’s idea becomes a reality, the internet industry, especially the internet service giants such as Time Warner, AT&T, and Comcast will drastically get affected. “In cases where people are stuck with Time Warner or Comcast, this would provide an opportunity to leave," Musk said during an announcement in June. But Elon Musk and his company are not the first ones to tickle the idea of bringing high-speed internet to the masses. Facebook and Virgin Galactic's Richard Branson have also thought about it but backed down due to their projects’ high costs. Google and Fidelity are also trying to be a part of the game and “have invested $1 billion in Space X and part of those funds are reportedly going towards the company’s satellite internet ambitions,” according to Business Insider.

FCC has revealed that  SpaceX’s test are to begin in 2016 and according to earlier reports, Musk project will take at least five years to set up.